When Jim McCahon walked out to his pool, he saw the water dropping and came to the realization, he was screwed. The previous summer he paid a contractor to drain his pool and apply epoxy to what appeared to be a small surface crack that ran across the floor of his pool and just up the side of the wall. The contractor smoothed it over and it looked like the 30 year old pool was going to be fine; in fact, it lasted just fine all summer.

South Carolina winters aren’t terrible, but he had his pool covered and it didn’t get use throughout the winter season, but prepping it in the Springtime for another great summer season put Jim in the same place he was a year ago. He had a crack draining water from his pool – and from what he discovered with a proper leak detection, it was the same crack!

Jim called the contractor who made the original repair attempt, and to his surprise, the number now belonged to a sandwich shop – the contractor was nowhere to be found.

“That’s when I started calling pool builders for advice,” Jim shares. “After talking with four of them, they all brought me to the same conclusion – I need to use Torque Lock Staples.”

Not surprising, the crack that the contractor smeared goo over wasn’t actually a small surface crack, but an actual crack in the structure itself, which cannot be permanently repaired using epoxy – in any way, or at any time.

“One of the builders I spoke to gave me his brother’s phone number. he told me his brother started using Torque Lock six years ago to make repairs on renovation jobs they performed. he told me it would cost more than just using epoxy, but in the end, the cracks would be taken care of and I would be making these phone calls again. he was right, and his brother did the repair work.” 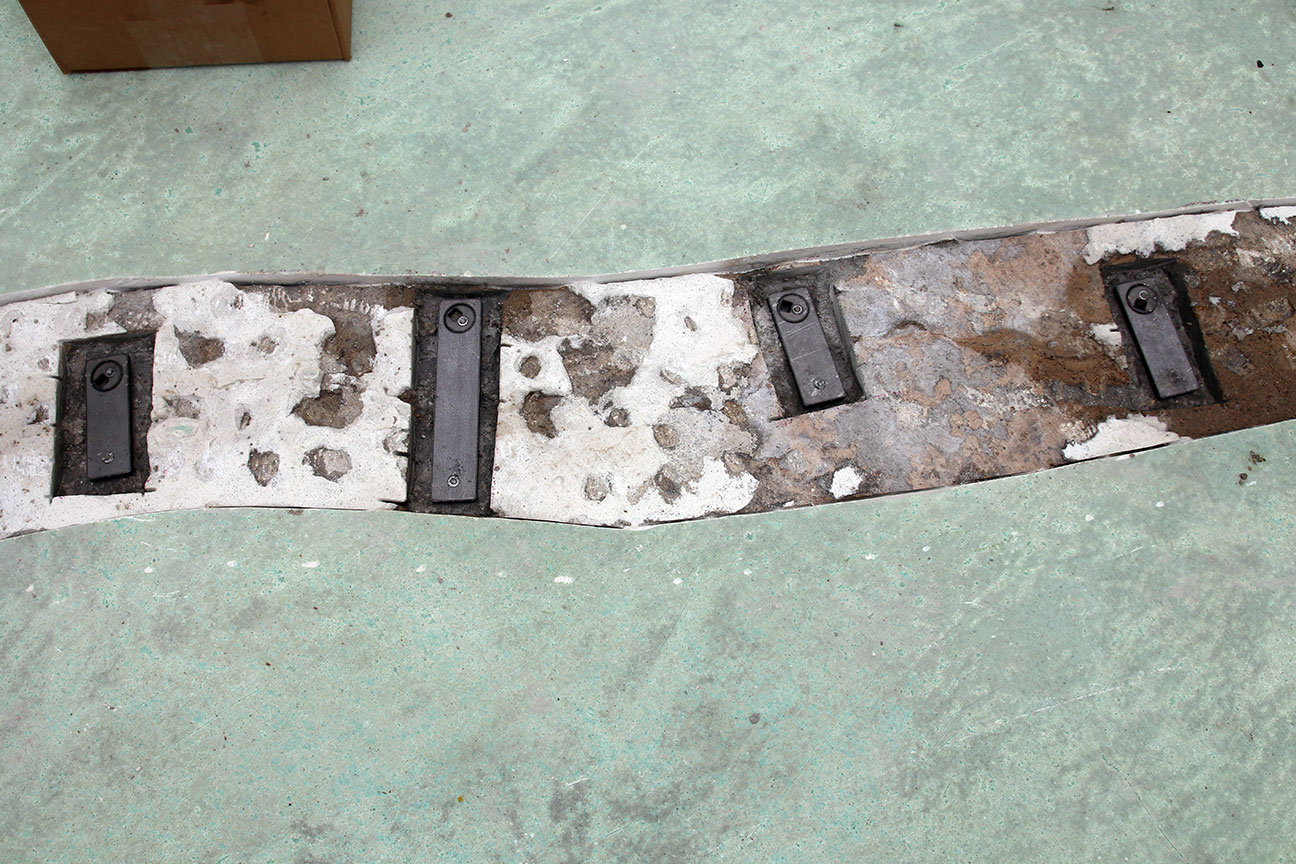 When a contractor uses Torque Lock Staples to repair a pool, the controlled compression of the staples will stabilize the structure so the cracks don’t widen or separate, like the did in Jim’s pool. Just because you put epoxy over a crack, or try to inject it into the space where the concrete separates, does not mean it’s done spreading. it’s literally tons of concrete – you can stop shifting and movement with bubble gum and dreams. You need compression to resist movement.

“After the pool was drained, they had it finished in the same day,” Jim tells us. “The crack looked like it went from 8 feet to almost 10 feet and the area where the epoxy was put was leaking too. The crack just opened up around the epoxy, some of it even got sucked into the crack and it was just an open space.

When they drew the lines around the templates I completely understood what they were doing. The posts of the staple were straddling the crack and when they literally Torqued it, the concrete wasn’t able to shift and open up the crack. it’s brilliant!”

When applied at 12 inch intervals, the controlled compression created by torquing the off-set cam of the staple adds up to 5000 lbs of compression around the crack and ensures that when hydraulic cement is applied, it permanently repaired. The crack won’t reopen and the cement stay where it’s put, stopping water loss and ensuring the pool shell is solid and ready for long term use.

Click here to see the products professionals use to repair structural cracks and don’t get caught up in the band-aid repairs made using epoxies and wafer boards to stop cracks. Only the controlled compression created by Torque Lock Staples will permanently repair and save pool shells from structural cracks.