Now, about these other temporary band-aid procedures used to attempt structural crack repair.

When cracks appear, many homeowners look to the Internet for answers, and most often they find people discussing the lowest cost they could find when they repaired their own cracks. Photos show the repair the day it was done, but rarely does anyone come back and show how three months later they had to spend on repairs again, simply because they used a bad repair method in the first place.

The cheap way out most people opt for is epoxy injection. This is not a repair product, it is a temporary filling that will fail. Epoxy dries rigid and will form a solid mass inside of a crack, but does nothing to stabilize the surrounding concrete and reduce movement. Wide cracks tend to leak injection resin into voids that exist between the exterior surface of the area being repaired and compacted soil. As a crack may be, for instance, 3/16th inch wide, 8 inches deep and 8 feet long, the repair requires at least a gallon of epoxy, or more, and most likely still won’t penetrate the entire crack. As gravity pulls it downward, it settles to the bottom of the crack behind the wall, leaving most of the crack empty behind the surface. 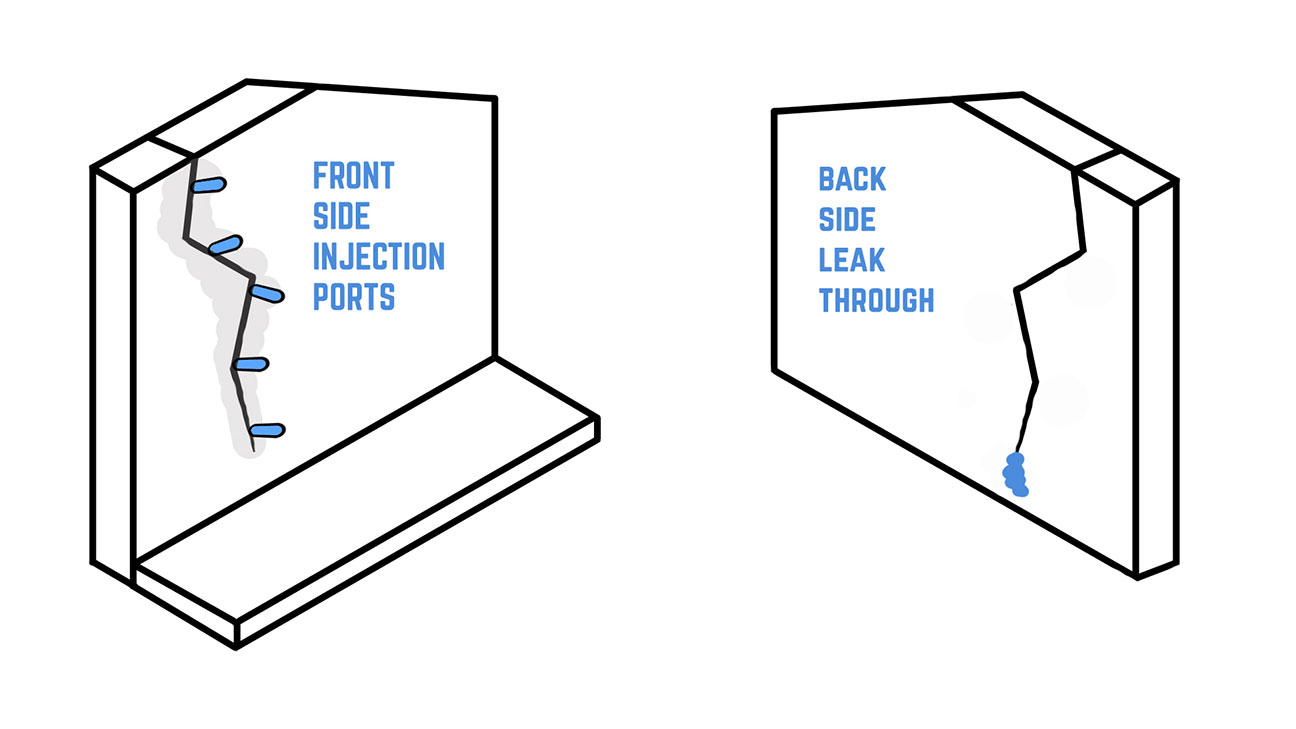 Alternatively, some people use a lighter structural polyurethane in an effort to backfill a crack, not at all understanding that when that crack widens, the rigid stuffing in it will not withstand the movement, and you simply get more open cracks, but now they have garbage in them.

A company came up with an idea to install a carbon fiber strip of wafer-board over the crack before injecting it with epoxy. If the first idea didn’t work, they figured adding something else over the crack might. Sometimes you hear it called kevlar. It sounds impressive, as that’s the name of the stuff the military wears in their vests, and in vests, or on car bumpers – the stuff works pretty well. However, these wafer-boards aren’t really kevlar, and trying to keep 2 tons of concrete from shifting a half inch isn’t going to happen with wafer-boards and glue. The end result is detailed above with the epoxy failure. Wafer-boards snap, epoxy comes unglued and cracks continue to plague homeowners.

That same company has openly discussed that re-cracking is a common experience, occurring 6-24 inches away from the repair, along the same crack. They offer a third application of a spray on foam that will cover those cracks so you don’t see them, and their exact wording is, “It’s a different approach which we think is very promising. It makes an expensive cure less expensive and stronger.” 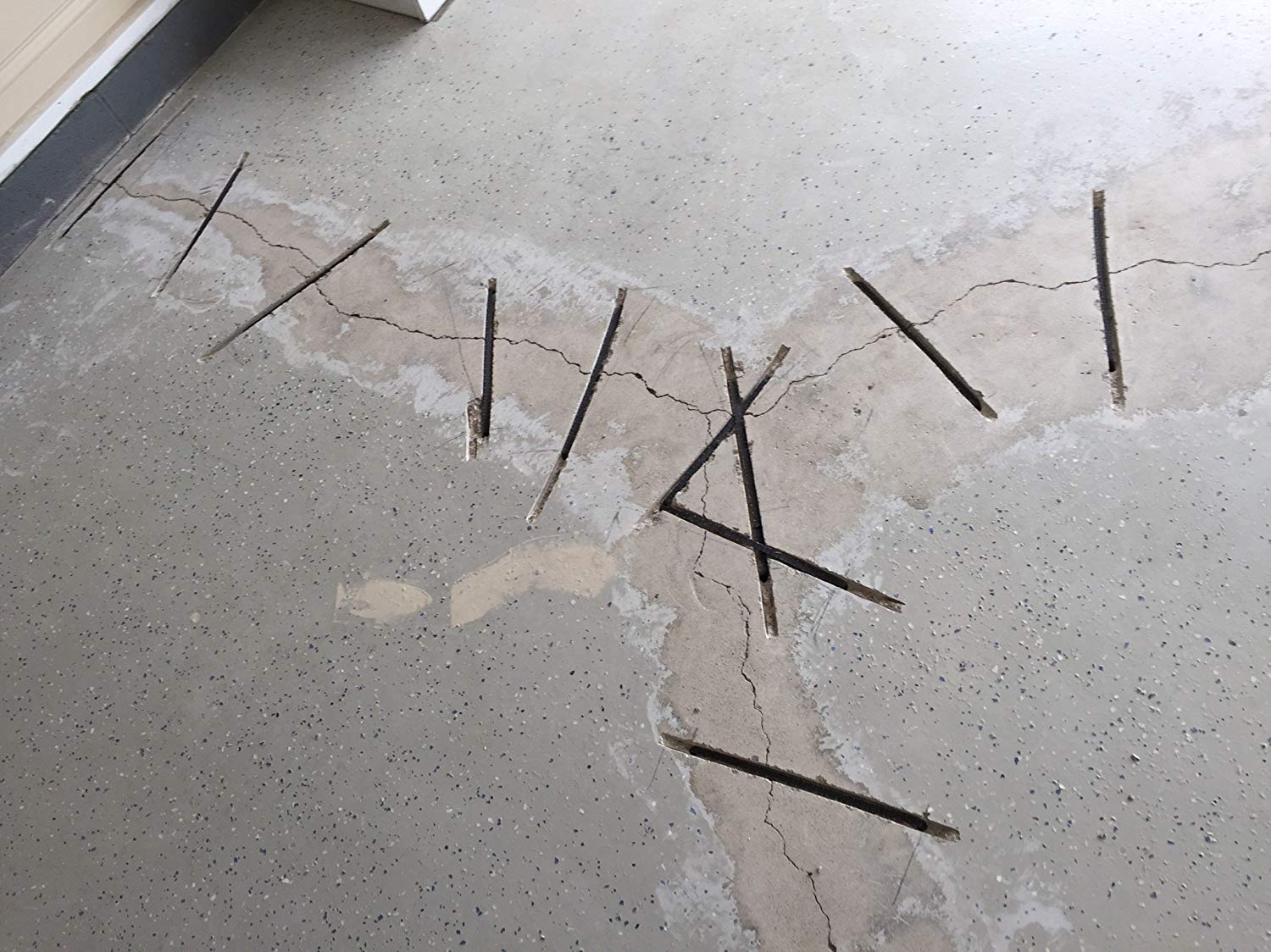 Torque Lock was created to end the insanity of applying temporary repair methods to cracks with no positive results. Avoid Carbon Fiber Staple Failures! When Torque Lock Structural Staples are properly installed, they provide as much as 5000 lbs of controlled compression to either side of a crack. This resists the crack’s potential to widen, lengthen, shear or spread. When the staples are set, the compression is permanent and the crack is finished over with a spec-mix or concrete to match the surrounding area. Crack fixed, worries gone. The best part is, it’s a job you do one time, and it’s a job any contractor or handy homeowner can do.

The patented design and installation of Torque Lock Structural Staples are only available through Torque Lock and can be purchased at www.Torque-Lock.com. Orders are shipped direct to the user and full installation details, video content and printable instructions are available on the website.